Birding in the Shadows of The Cordillera Blanca Giants 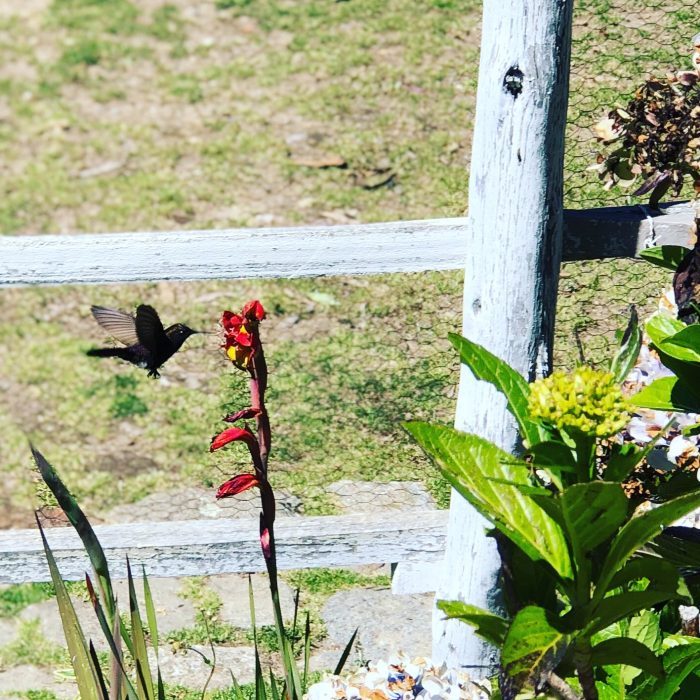 It’s hard to imagine anywhere more dramatic for bird watching than among the large glaciated peaks of the Cordillera Blanca, just outside of Huaraz. The area is rugged, and for birders visiting Peru the up-close views of the towering ice faces can be distracting. It’s a unique experience. The Lazy Dog Inn is the perfect place for those interested in Birding in the Cordillera Blanca.

Birding in and around Huascaran National Park

Huascaran National Park and its surrounding regions encompass a wide variety of different habitats, each with various bird species tucked away in the craggy valleys that cut deep into the range. While the birds of the high Andes may not always be as colorful as the birds of the cloud forest or Amazonian lowlands, they are still pretty spectacular by most standards and are often notable for their rarity. The extent of high altitude habitats in the Andes has been greatly diminished over the years and many of these birds are now threatened or in danger of extinction. Fortunately, the land inside the national park is protected adequately enough that it has become one of the best places to see these rare, high-altitude, species. The region also holds quite a variety of hummingbirds. For Birding in the Cordillera Blanca, there is plenty of great habitats easily accessible on foot or via a short drive from the Lazy Dog Inn Mountain Lodge. Outings can be of any length and vary from relaxed walks on fairly flat ground to intense brush crashing up steep slopes. Here are some of our favorite routes for birds near The Lazy Dog Inn Mountain Lodge:

The landscape nearest the Lazy Dog Inn is comprised of pasture, rocky scrub, and patches of various species of bushes and small trees. Here you will find the giant hummingbird (Patagona gigas), which is the world’s largest hummingbird species. In fact, it really doesn’t seem like a hummingbird at all until it approaches a flower and begins to hover with strangely slow wingbeats. You’ll wonder how the apparently brownish shining sunbeam (Aglaeactis cupripennis), another hummingbird, got its name until it catches the light from a certain angle and its entire back flashes with incredible iridescent rainbow colors. The Andean tinamou (Nothoprocta pentlandii) is a ratite, meaning it is somehow related to the ostrich. It is pheasant-like and a poor flyer that prefers to run and is capable of remarkable disappearing acts in the brush. More birds we regularly see here are the pretty blue-and-yellow tanager (Thraupis bonariensis), the endemic and also attractive rufous-backed Inca finch (Incaspiza personata), and the aplomado falcon (Falco femoralis) among many others.

There is a moderate altitude riverine valley about an hour’s walk or a fifteen-minute drive from the lodge that has managed to retain a reasonable portion of its natural state. Here you can find species that you won’t see elsewhere in the region. Groups of black-crested warblers (Myiothlypis nigrocristata) make their way along the river flitting from alder to alder as white-capped dippers (Cinclus leucocephalus) do the same hopping from rock to rock in the river itself. Somehow there is a population of rainbow starfrontlet (Coeligena iris) residing here. This hummingbird is more normally associated with the cloud forest. The luckiest sighting would be the attractive Jelski’s chat-tyrant (Ochthoeca jelskii); a bird that is generally quite difficult to find, but we see it here regularly.

Both the Llaca and the Cojup Valleys are reached from the Lazy Dog Inn by hiking a couple of hours or a driving 15-45 minutes (length depends on the valley). These valleys retain large and dense forests of endangered polylepis trees where you can observe species that only exist in this habitat, such as the colorful giant conebill (Oreomanes fraseri), a species of tanager, which gives itself away in the dense foliage by the sound of tearing polylepis bark as it roots around for arthropods. The tiny pied-crested tit-tyrant (Anairetes reguloides) is found moving among the treetops in these valleys and it’s common to hear the buzzy chirp of the endemic Ancash tapaculo (Scytalopus affinis). If you are quiet enough you may see the mainly terrestrial stripe-headed antpitta (Grallaria andicolus). Antpittas have upright postures with big eyes, long legs, and very short tails. They look for all the world like they just hopped out of a Japanese anime.

Ascending the valleys near the frozen walls of 6000 meter peaks are many more bird species. These bird species live in the rocky open areas, the small groves of polylepis and quisuar trees, and high in the open tundra. The stunningly deep blue tit-like dacnis (Xenodacnis parina) prefers the quisuar trees throughout the valley and has a call reminiscent of a guinea pig’s squeak. The striking black and white mountain caracara (Phalcoboenus megalopterus) is a common predator that hangs around the open areas while flocks of wary puna ibis (Plegadis ridgwayi) probe for food in the soft earth. In the upper parts of the valleys you can find the aptly named andean hillstar (Oreotrochilus estella) hummingbird and in Llaca there is a reasonable population of the ash-breasted tit-tyrant (Anairetes alpinus); a very rare species considered to be at risk of extinction. Going even higher you can find the strange olivaceous thornbill (Chalcostigma olivaceum); a generally dull-colored hummingbird, but with a stunning multicolored gorget. This bird, unlike any other hummingbird we know (they have extremely weak legs), walks around on the ground to drink from low-growing flowers. Sometimes we spot Andean condors (Vultur gryphus) soaring high above, although there are valleys in the park where it is easier to find them.

Birding Season in The Cordillera Blanca & Other Sites

There are plenty of other birding sites in and around Huascaran National Park that are worth a visit and can be done as day trips from the Lazy Dog such as the Llanganuco valley, Lake Conococha, or the Ulta valley.  While bird watching in the Cordillera Blanca is good all year round, the rainy-season (mid-December-mid-April) has the most bird activity. Don’t let the rain deter you as even in the rainy season you can typically count on sunny mornings with the rain arriving in the afternoon, making it perfect for morning excursions. Our outdoor cabins are perfect if you wish to wake up surrounded by bird sounds. Gladys Jiménez and Jim Sykes (www.lostcitytreks.com) have lived in Huaraz for over fifteen years and know the region and its birds well. They can accompany you to any of the above sites and many others both in the park and throughout Peru.
Tags: Birding near Huaraz in the Cordillera Blanca