What You Didn’t Know About the Potato 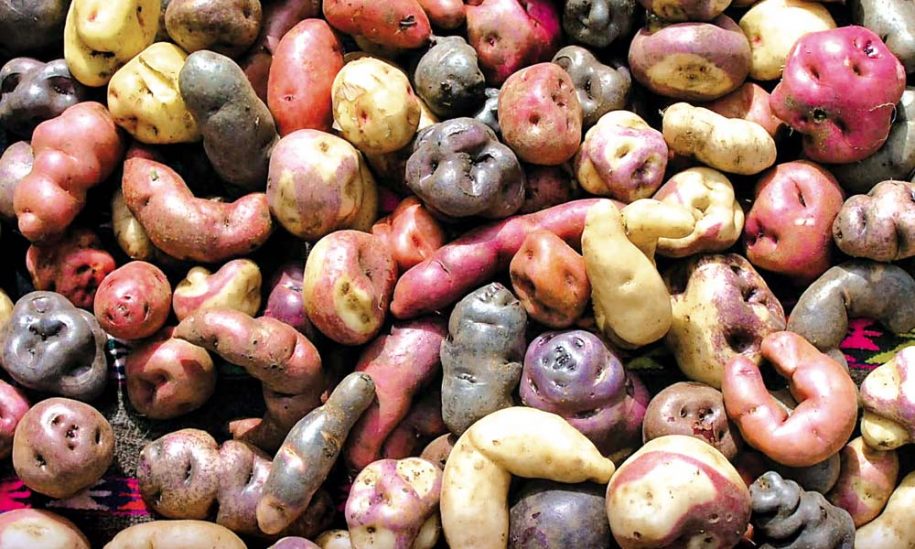 WHAT EXACTLY IS A POTATO?

We all seem to be familiar with the potato, a starchy staple in most diets around the world today. But how much do you actually know about this famous tuber?

The potato plant as a whole is comprised of several parts: The top, the stem, and the roots. The top plant flowers, has seeds and bears fruit, all of which is poisonous to eat.

The stem then grows below ground, where it grows “fat”; that’s your potato. That’s right, the potato itself is a part of the stem of the plant. Quite fascinatingly, the potato will sprout new plants from the buds on its “eyes”, and therefore create clones of itself which can grow into new plants. This happens independently of the actual flower-seed reproduction happening above ground. An unusual trait, giving this plant two means of reproduction should one fail.

Unlike the sweet potato which is a root, the potato is part of the nightshade family – closely related to tomatoes, tobacco, and chili peppers. It is found in all shapes, sizes, colors, patterns, and although only 80-200 types of potatoes are used today, it is believed that over 4000 different types of potatoes have existed.

THE HISTORY OF THE POTATO

Potatoes were first domesticated about 8000-10,000 years ago in the present day Lake Titicaca region of the Peruvian Andes, where they continue to be cultivated with great importance today. Throughout the colorful history of South America, potatoes have played a significant part, from sustaining the early day hunter gatherers, to helping create the Incan empire, and in turn, aiding in its downfall and collapse during the Spanish conquest.

This is when the potato first made its way over to the European continent in the late 16th century. Here it was, believe it or not, greeted by doubt and disgust. Little did they know upon its arrival, that the potato would contribute to a quarter of the growth and urbanization of the old world population in the next 200 years as it travelled across Europe, Africa, and Asia.

POTATOES AROUND THE WORLD

Today the potato is the 4th most important food crop after wheat, maize, and rice, and it grows in incredibly diverse locations around the world from Russia, to the coast of Africa, and the jungles of Indonesia. China is now the world’s biggest potato producer and together with India makes up one third of all potatoes harvested.

Within each culture we have transformed and suited the potato to fit our environments and tastes creating endless options from nutritious meals to crispy snacks, and our next big plans include sending the potato to Mars.

It is quite incredible to think that only 3% of land in Peru is suitable for growing food crops, having the extreme of 3 distinct geographical regions: Arid coastal plains, lush tropical forests, and the snow-capped Andes. There are 10 million people living in the Peruvian Andes at elevations over 3000m! We can surely thank the potato or “papa” in its native Quechua language, for this, as its versatility and nutritional sustenance has contributed greatly to the people and culture who have called this land home for millennia.

POTATOES AND THE LAZY DOG INN

Alongside the members of the community around us, we grow our own potatoes at the Lazy Dog Inn, each year planting in September and harvesting in the rainy days of March. On our property alone we harvest 300-350 kilos each year to use in our kitchen.

We invite you to come and experience the potato culture where it first began, visit with locals and see how they use potatoes, and come share delicious, organic potato dishes here at the Lazy Dog Inn Mountain Lodge in Huaraz, Peru. If you’re looking to visit us, visit our post on How To Get From Lima To Huaraz or How Get From Huaraz To The Lazy Dog Inn .